Zeroing in on the NHL Draft

The draft preview is fifteen pages long, including notes and commentary on many of the top college hockey prospects up for the 2019 NHL Draft, specifically those that played for the U18 NTDP, in the USHL, high school hockey circuits, or Big Ten conference. It is positively packed with information and should serve as a great draft weekend read for college hockey fans, prospect enthusiasts, and NHL scouts alike.

What you get in the guide (previews below):
Click on the previews below to view them in a higher resolution. Nearly all heights and weights in the report were taken from this list by Central Scouting.

The preview is 'limited' because it is impossible for one person to see every player in those leagues, but I more than covered the bases. Included I have ranked my top-40 prospects among forwards and defensemen, as well as listed additional names that were under consideration. The preview itself is a mix of player evaluation, traditional reporting and extensive research. I spoke with past, present and future coaches of many of my top-ranked prospects in producing this ranking. I also spent hundreds of hours reviewing game footage and putting these prospects into context among their draft-eligible peers. The preview is currently available for the price of $5.55. All sales are final.


After purchasing, the draft preview will be delivered shortly to your email inbox (the email you used for the PayPal purchase). If you do not receive the draft preview within half an hour, or want it sent to another email, send an email to jasper (at) tealhockey.net with your corresponding transaction ID, or contact @overtheboards on Twitter via direct message. Please check your spam folder before doing so. Click here for information on how to contact me via Twitter direct message. 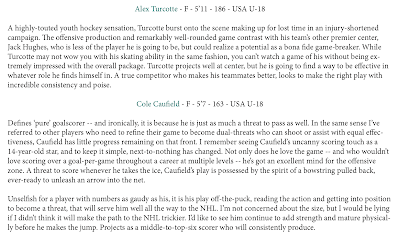 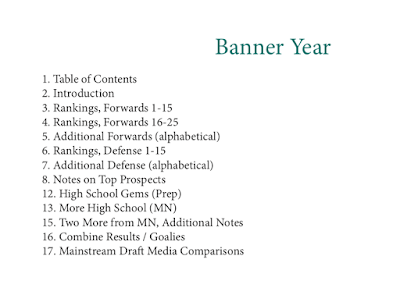